Ride for Beauty and the Beast, re-imagined Soarin’ and more confirmed for Tokyo Disney expansion

Tokyo Disney Resort had previously announced a slew of expansion and upgrades coming to the resort and today we have more details on just SOME of whats to come!

Targeting full completion in 2020 (three years ahead of the initial announcement), it’s going to be an exciting few years for Disney Parks’ international cousin. Check out the new offerings in more detail…

Tokyo DisneySea will be getting its own version of the new Soarin’ attraction coming stateside to Disney California Adventure and Epcot.

Reimagined to fit the theme of the park, the attraction promises to feature original scenes and new visuals. As with the original version of the attraction, it promises a journey soaring over famous landscapes of the world, while feeling the breezes and scents that match the various scenes.

Interestingly, it seems even the gliders themselves will get a thematic upgrade to fit this attraction’s new backstory.

Beauty and the Beast themed area

This new area opening in Fantasyland will let Guests experience the world of the Disney film Beauty and the Beast. With the Beast’s castle and the village where Belle lives, the entire environment of this area will make Guests feel like they are in the film.

In the village, there will be a shop and a restaurant. Located within the Beast’s castle will be a major attraction themed to Beauty and the Beast that can be experienced only in Japan…

Beauty and the Beast Ride

Described as an 8-minute adventure in which guests board enchanted serving dishes that dance in rhythm to the film’s well-known music and follow Belle on a romantic musical adventure inside the enchanted Castle where she dances her way into the heart of the Beast, just in time to break the fateful spell. Guests will feel like they have entered right into the film.

Beauty and the Beast themed theater

Opening in a new area of Fantasyland, this will be the first full-scale indoor theater for live entertainment at Tokyo Disneyland. The theater will accommodate approximately 1,500 guests.

Signature Disney entertainment unique to Tokyo Disneyland and featuring the Disney Friends will be presented in this storybook theater environment.

A New Attraction themed to the Disney film, Big Hero 6 (Attraction name to be determined) will open in Tomorrowland.

A reboot of Mater’s Junkyard Jamboree, the ride will feature the lovable robot Baymax who invites Guests to join their own personal healthcare companion for an exciting musical “whip ride” that swings them unpredictably round and round.

A new shop themed to outer space will selling popcorn in multiple flavors next to the new attraction.

Minnie Mouse, as a fashion designer, will greet Guests in her studio dressed in fashionable costume. After walking through her design studio and her work area with interactive elements, Guests can meet and greet with Minnie herself.

The Grand Circuit Raceway and StarJets attractions will be closing to make way for the new experience (January 2017 and Autum/Winter 2017 respectively). 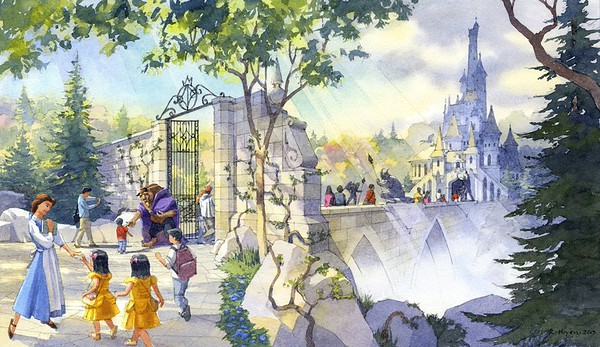 What are you most excited about?

Let us know in the comments below.