Home » - Featured Articles » REVIEW: ZOOTOPIA feature-loaded home release will take a while to “try everything”

REVIEW: ZOOTOPIA feature-loaded home release will take a while to “try everything” 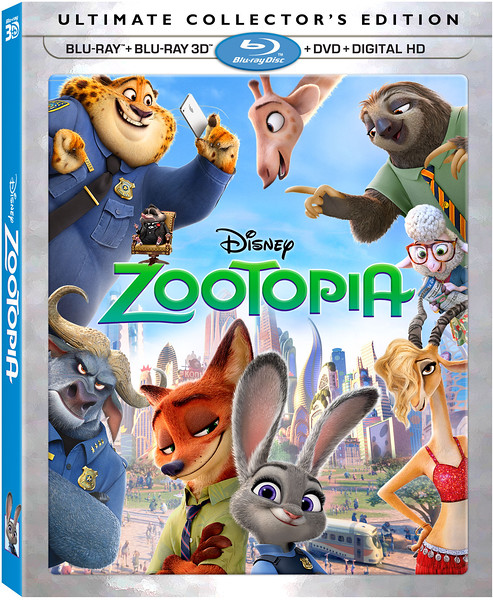 We were pretty certain after seeing ZOOTOPIA that it would be destined for a strong box office but we never imagined that the film would end up becoming Disney Animation’s second highest grossing animated feature behind FROZEN.

We saw the film a few times during its theatrical run and absolutely fell in love with the clever, colorful world. Now that the film is available on Blu-ray, DVD, and digital we can revisit that world as many times as we like. True to

The Blu-ray home release for ZOOTOPIA measures up to its success offering up a host of goodies that are sure to tick the boxes for just about every one on the family.

Of course, a selection of standards can be found here including not only Deleted Scenes and storyboards but also Deleted Characters (with insights from Directors Rich Moore and Byron Howard). The infectious “Try Everything” music video with Shakira is available for endless looping pleasure.

Another trend that we’re totally crazy for is finding all the Easter Eggs and in-jokes that Disney has almost become synonymous with the Disney brand. From hidden Mickeys to in-jokes about other movies and projects, Zootopia was chock full of them for keen eyed observers. We caught a few Easter Eggs even from just the trailers. As such a highlight from this home release was the Z.P.D. Forensic Files which documents several of the blink and miss them references.

Zoology: The Roundtables was a cute featurette with Ginnifer Goodwin giving in-depth look at what it took to bring to life the characters, animation, and environments. The piece gives a great overview of the nuance and detail that went into creating a world full of various city areas and inhabitants.

The Origin of an Animal Tale is another featurette about Disney’s first feature-length talking animal picture in some time and focuses on the story development that all the cleverly crafted characters and environments would bring to life. Some really fun insights here including the a turning point in the film which shifted the focus from Nick Wilde as the film’s protagonist to Judy Hopps instead. It’s always fascinating to get insights into the creative process and understanding the decisions and action points that end up forming the final piece that goes onto the big screen.

Naturally, creating a world that doesn’t exist is going to require a good bit of understanding and research and the Research: A True-Life Adventure featurette goes into the global trek that was part of the creative process for identifying unique inspiration to craft the world of Zootpia. There was a a good bit of animal behavioral study in the process including visits to Disney Animal Kingdom park which was also fun to see.

You know a home release is thorough when featurettes dive into the film’s music and so with Scoretopia we get some facetime with Michael Giacchino who spotlights how he found inspiration to create the film’s beautiful musical score.

A fun perk if you unlock a digital version of the film on your Disney Movies Anywhere account is the International Character Reel which features the variances in news reporters in Zootopia and how they bring the news to the citizens influenced by the real-world cultures of the various countries from which the film was distributed.

ZOOTOPIA is an unresounding success in so many ways. Apart from the film’s fantastic message of acceptance in a year where intolerance is at the forefront, it’s an overall fun world to just visit. Disney has done fans right by this release and it should promise to please even the most ardent DVD bonus feature snobs.

ZOOTOPIA is available now on Blu-ray, DVD, and Digital. 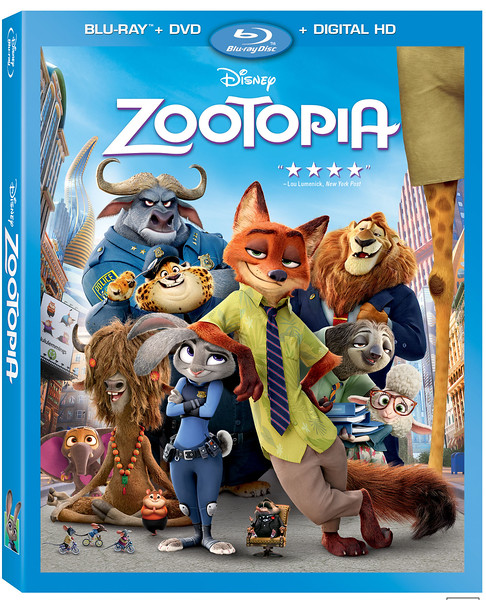 A collection of magical friends.